Summer is definitely beginning to shade into autumn here.  Just a little, but we’re having the weather and the harvest to prove it. 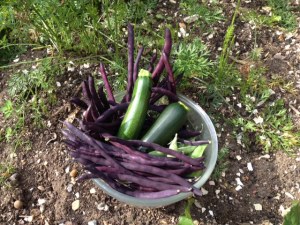 The peas are finally finished, much to the boy’s disgust.  The beans continue apace, much to the husband’s chagrin. (Though he hides it better!)  The courgettes have been amazingly even-handed this year and we haven’t had a glut which made even me sick of one of my favourite vegetables.  Possibly this was a result of growing them in planters and not in the ground, or it may have been something to do with the fact that I had only four plants instead of eight or twelve! 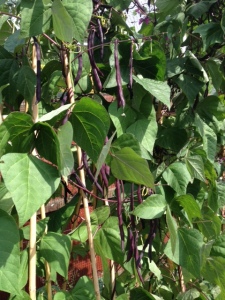 I love growing purple beans.  It means I’m less likely to miss them and allow them to grow into long, lumpy, stringy things fit only for the compost heap. 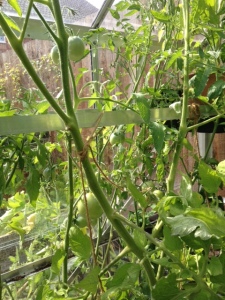 The greenhouse is a jungle.  We’ve had our first few tomatoes but they were eaten before a camera came near them. 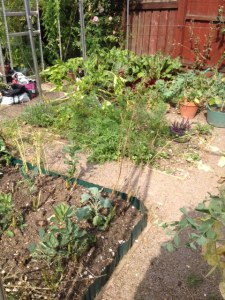 It’s not beautifully designed, and never looks its best in autumn, but it’s productive.  I just wish I hadn’t sown so many beetroot when nobody enjoys eating them!

I'm Liz. I'm not perfect and neither is my little garden. Want to see the proof?

My other blog: Live and work at home

On motivation and failure

Wow, there’s a whole world out there!

Born in the wrong century

Take the pressure off

The Story of Us

I’m gonna be the one who’s havering